I have now shot a few of these court house weddings and all have been in Durham County until recently.  I got the call the day before this Thursday wedding at the Wake County Courthouse and thankfully I was available!  I am so, so, so glad that I was because it was a whole mess of magic and when you talk about things just working out well this is just the case of this wedding day.

The weather report had been calling for rain, rain, and more rain the morning of this wedding and while it did rain a little bit it stopped while we were in the courthouse and the sun came out! It ended up being such a perfect and beautiful day!  After the ceremony and when we were getting ready to go out and take pictures, Cynthia mentioned that Clarence was a firefighter and that when he first started in Raleigh that he was at Firehouse 1 which is just around the corner from the courthouse.  So we first started taking pictures and then Clarence wanted to try and call the captain to see if we could take some pictures with Firetruck #13 which was his truck while he was there.

Clarence called the captain and he said “where are you?” He told him in from of the courthouse.  The captain said “we are on our way!”  Thats right – he brought firetruck #13 to the front of the courthouse!  It was awesome.  We got lots of looks and claps and congratulations as well as security wondering if there was actually a fire somewhere.

After our time with the firetruck we walked up Fayetteville street stopping at a few locations and made our way to the capital.  There were lots and lots of school age kids mingling around there for field trips and we just made our selves at home.  Even with a brief stopping by of my friend Josh who works in the capital building to say “hi” and y’all are ok.  If anyone gives you a hard time then let me know.

It was an epic day and I am SO glad I was the lucky chosen.  It was 7 years to the day of their first date that they got married and it was a whole mess of epic!

Hope you enjoy Cynthia and Clarence’s Downtown Wake County Courthouse wedding!  It was on a Thursday and wow – I can get used to a great Thursday wedding!

Brooch Bouquet : Frankie Goodwin with Shiny Side up Jewels 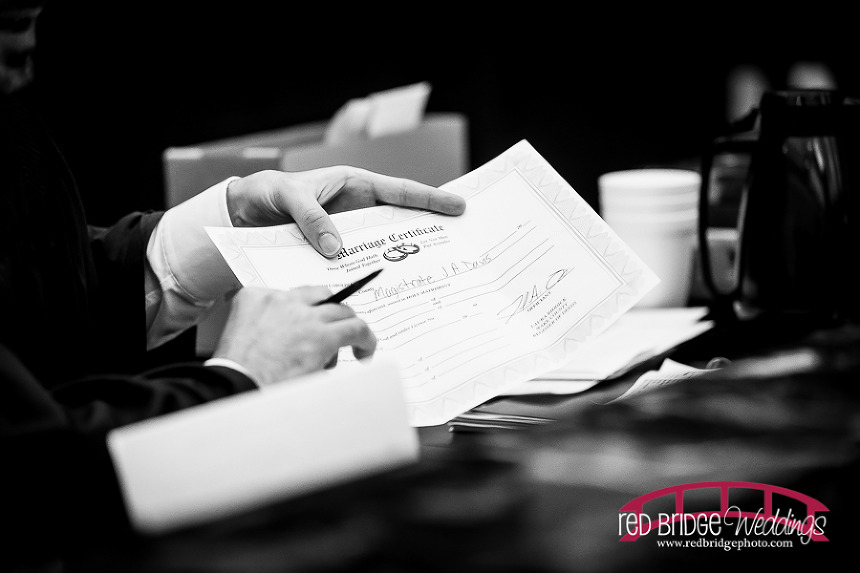