Rachel contacted me a few months before this session to book me for both the maternity AND the newborn session for thier soon to be arriving little one!  William or Will as he would be called would be arriving soon and at first she thought she only wanted a newborn session but decided a few days later that she wanted to also do a materntiy session with her husband and their daughter Carter.  The day came and it was an abnormall COLD day in March.  And unfortunately their schedule didn’t permit a reschedule date so we went for it.

On a very cold morning in March, I met the Overcash family at JC Raulston Arboretum for a celebration of family and anticipation of William’s arrival.  We mustered through the abnormally cold March morning to a few of my favorite places.  We also asked big sister Carter to write out William’s name on a chalk board.  It was simply adorable.

I hope you enjoy some of my favorites from this great Raleigh maternity session and stay tuned for Williams’ Newborn session shortly after his arrival! 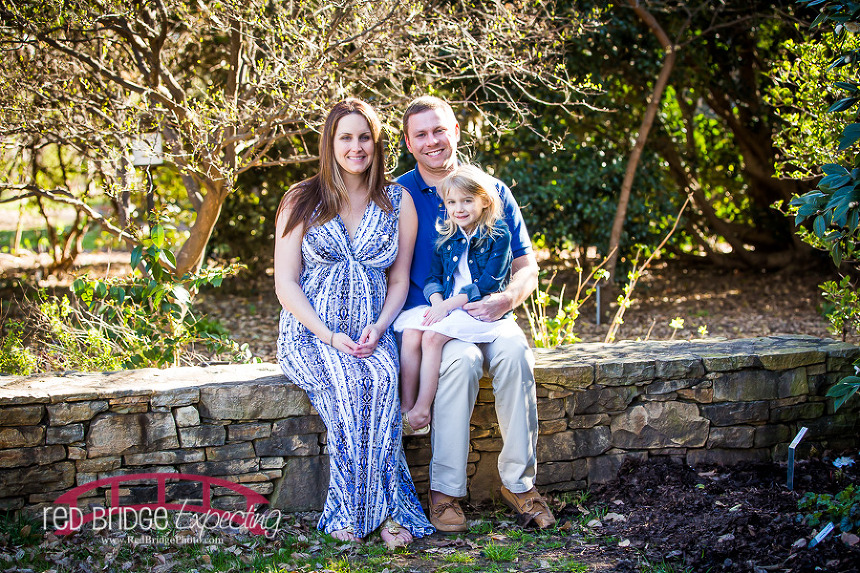