Part 2 of Kara and Michael’s epic Raleigh, NC wedding brings us to one of the coolest arrivals to a wedding reception – EVER!  Arrival in a plane is pretty epic and we also were able to do portraits with the plane and in the hanger before they boarded the plane for their quick take off an landing.  They took off on one runway on one side of the airport and they landed on a runway on the other side of the airport.  It was a quick up and down trip but still epic none-the-less!

AND if you missed part I – be sure to check out their perfect wedding ceremony at St. Francis of Assisi Catholic Church in Raleigh, NC.

Enjoy that AND the epic throw down of a reception! 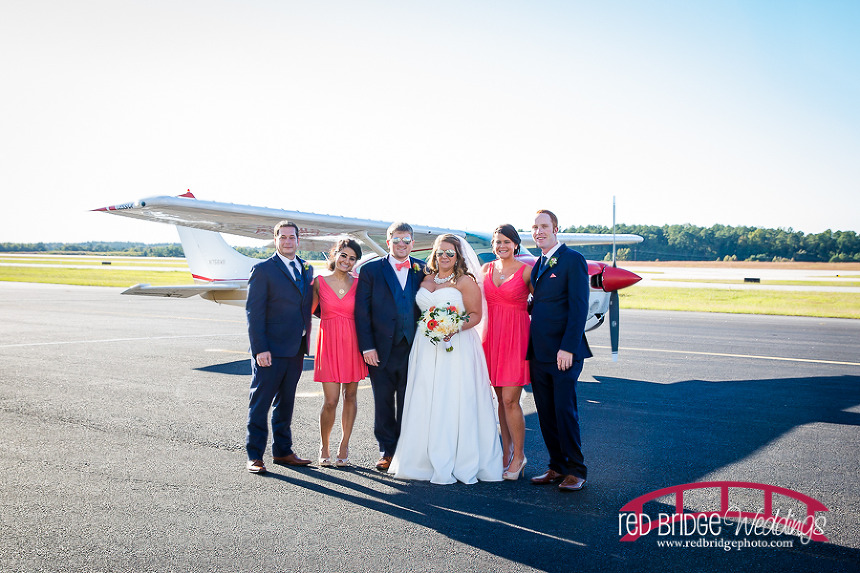