As we said a few posts ago, there have been a lot of goings-on in our “off season.”   Typically, the winter months are a time to catch up on  is a time to reflect and make goals, and we definitely have made some great ones.  Major progress was made on one of those this week, so we wanted to share a little bit about what’s happening, and about how we got to this point.   And also – WARNING – this may be the longest blog post yet, so grab some coffee, sit back and relax!

First off, Red Bridge Photography is now Red Bridge Photography, LLC.  We have had this goal for a LONG time and finally made it happen; we worked as a partnership before, but after a long research period, we determined that being an LLC would be better for the future and stability of the company.  We had always planned to really finesse the business structure, but with the activity levels we’ve been maintaining, it was always the last item on the to-do list that never got done.  Now with the help of Western Wake Law Group we are officially official, and forever and always, we are and will always be Red Bridge Photography, LLC.

Second, and this one may take a little longer to explain, some physical changes have happened for RBP in the last few weeks.  We get asked two questions fairly frequently: one, how did y’all meet, and two, do you have a studio?  Bear with me on this one because it is going to go all the way around in a circle and will come back to where we are today.  Also, I realized that with painting and completing a new room, I get fairly philosophical about the memories that were made in that room, and start thinking about the adventures yet to come.  Annie does this too – we’re talkers, we’re huggers, we’re thinkers.  It’s just us.

It is always best to start at the beginning so here it goes; I was born on a hot day in November… just kidding, not that beginning.  Several years ago, I was in a long-term relationship that led to a new home purchase.  Well, at the 4.5 year mark of that relationship, he had other plans. We parted ways and for the longest time I thought my life was OVER.  A month after the apocalypse took place, I decided I needed a hobby – something to completely occupy my head and my time, so that I’d stop thinking about That Guy.  I had bought a Canon Rebel XTi when we were together to take pictures of our dogs.  I put it in auto and rocked what I thought were great pictures.  They were fairly decent, considering the camera was much smarter than me.  I decided to change that, so that day I started to learn as much as possible about aperture, ISO, shutter speed, and why it’s never a good idea to put your finger on your lens.  (Pro tip: don’t do that.)  Then I took that camera outside every day after work; rain or shine.  I took 50 pictures of the same leaf at different angles, in different lighting conditions, changing every setting available on manual mode.  “Hmm,” I would say to myself as I looked at the LCD on the back, “that is not what I wanted that to look like.”  Well, I was learning.

Fast forward a year, and my sister was getting married.  Well, I photographed dogs, lots of leaves and tons of blades of grass with my Rebel and kit lens, and I was most certainly ready to donate my time to my sister and future brother-in-law for their engagement session, so surely I was ready to handle this.  Humans = nature = easy.  Surrre.

I then started studying local photographers’ work and posing techniques. How did they capture the moment so well?  There was always such emotion behind the image.  All I had were running/bored-looking doggy pictures.  Well, I gave it a shot – and although I cringe when I look at Heather’s engagement photos, I love every single one.  We all start somewhere down a new road, and although they had issues (I still ask myself, “why on earth did you put them there?  What about that lighting?  Yeah, because broken-up crazy light is the ‘right’ place?!?”) they captured them as they were at the time; where I was in my new profession/hobby; and the moment and connection they have, and what I have with them.  There’s a lesson here: even if you think your photos are terrible, they might be the best ones you ever took.

Eventually, my sister got married.  The photographer on her wedding day was one Ms. Annie Harrison.  She noticed the observant maid of honor and said “Hey, are you a photographer?” I didn’t know how to respond except to say, “I did their engagement pictures,” with a uncertain tone.  I mean this could go one of two ways – one: “hey, those were great,” or two: “oh.”  Fortunately, we went with the former.  After a few months, Annie called me to second shoot a wedding with her, and from there, it was just a few months and a few more weddings until we “made it legal” at the Durham County Courthouse.  That was two years ago, and we haven’t looked back…  although I will mention that I think Annie and I have a different relationship then most other wedding photographers.  Usually, one photographer is the primary contact/shooter for a wedding, and they’ll hire another second that their clients don’t really get to interact with.  With Red Bridge, you get Annie and Rebecca (except Austin City Limits weekend) and one is not any more “central” than the other. We are both as invested in the company as the other one, which makes our partnership kind of perfect, if you asked us.

Backtrack to the ex-boyfriend  apocalypse.  When we moved into said house together, I gave him one room that he could do what he wanted to in terms of decorating – the bonus room on the second floor, next to the office.  I would have no say and couldn’t have input, and because of THAT brave plan, the walls of the bonus room were painted a dark New York Giants red.  After he left, for the longest time the door to that room was closed. It slowly turned into a dumping ground for stuff that didn’t have a permanent home, and then yet again the door to that room was closed.  Now that I look back on it, it was pretty symbolic: I closed the door on that part of my life.

I have since noticed that that room gets the first hint of morning sun; the first part of the start of a new day.  Even though the blinds were closed (who needs sunlight in a storage room?), I could still see that light was bright and warm and beautiful in the morning.  After a while, I started to think that it would be nice to have that kind of light in our future studio.  Babies in particular work well with constant, natural light – no flashes to wake them up, no noise to make them jump.  And then we wondered – why couldn’t that studio be here?  So our quiet time has become a busy time, as over the winter break we have been working hard on converting the storage room into a functional studio space.  We’ve gone through one roll of painters tape, three coats of paint (two being primers to get the red out), four broken finger nails, a day trip to Ikea, countless trips to Lowes, Target, HomeGoods, a few days worth of work, and five years of waiting, and it’s now the Red Bridge Newborn Studio… and we are DELIGHTED.

So here’s the deal with the new space.  We’ve become known for traveling to families’ homes for newborn sessions, and that’s still an option, especially for moms who have had tough deliveries and need to rest and recover.  However, the studio is set up so that you don’t have to clean your house or declutter anything.  It’s cleaned thoroughly with all-natural, cleaners in between each visitor, and all of our props and blankets and beanbags and other great stuff is stored in the spankin’ new shelving system along the wall.  Need to take a break to nurse or change a diaper?  No worries – we have comfortable seating and plenty of space to spread a changing mat.  Over the next few weeks, we’re wiring the speakers in the ceiling to play either soft music or womb sounds, and mounting small heaters near the baby-shooting area to keep our smallest friends as cozy as possible.  We are also going to add some artwork to the wall after we have some sessions in here and a blanket stand around the newborn studio poser.  We’re so excited about this new space, and we cannot wait to share it with all of our friends.

So!  That’s the latest and greatest from me – here are a few photos to show you what we’re working with, and what you can expect to see when you visit us at RBP Raleigh.  RBP Durham (a.k.a., Annie’s house) will still be our main operations base; mail, letters, payments, and other official stuff should continue to go to her address (you’ll know it if you need it).  And don’t worry – if you’re one of Annie’s families and want to use the new studio room, you’re always welcome.  You’re part of the family – y’all come on over!  The door to the studio will always be OPEN! 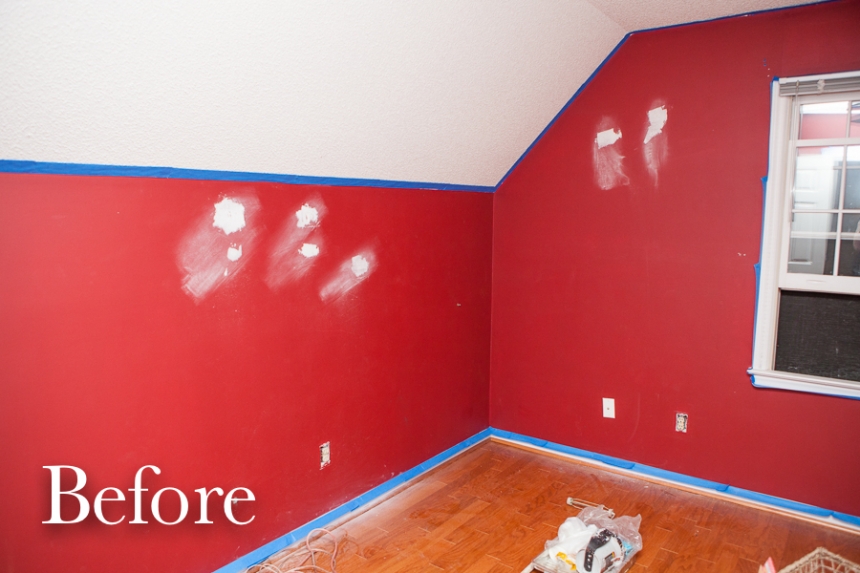 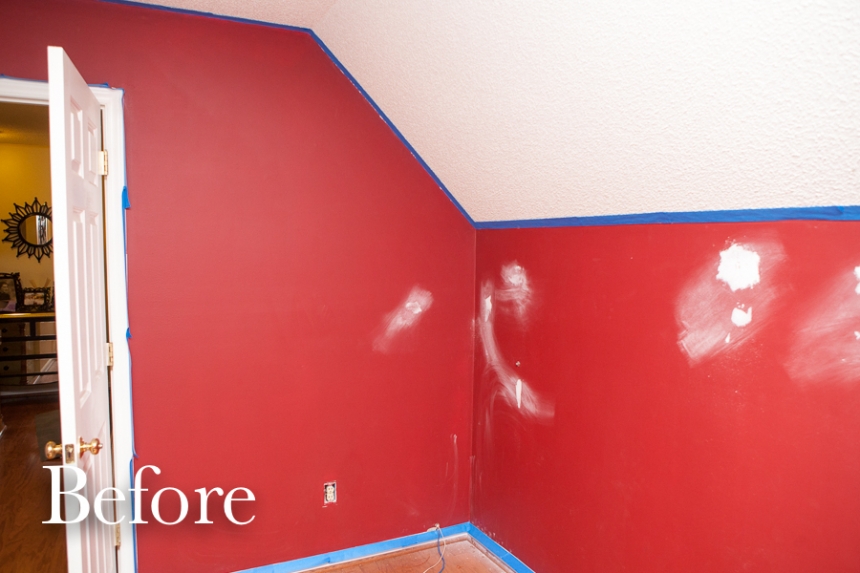 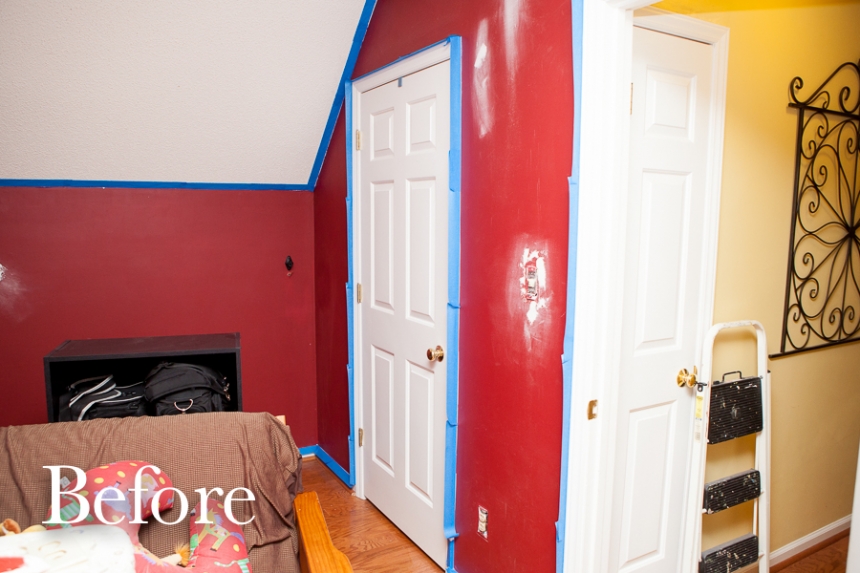