I will admit, Sam’s four month session was a work in.  Really, by the time he was turning 4 months I was ramping back up with portrait sessions for the spring and I actually did this impromptu shoot at my sister’s house after a session I had in Durham and before another session I had that afternoon and evening.  Heather had been taking pictures of Sam with her Eeyore stuffed animal for comparison over the first year so we could see how much he had grown.  Also, she would come up with something unique to put on his dry erase board in the picture; be it a specific milestone he met at that stage or a nick name that he was being called.

We decided to do his 4 month pictures in the chair with the real camera and then Heather actually turned the camera on me!  A little instruction (and a lot of cropping) later we have some great memories of me with my nephew as well as his 4 month milestone.  Not every session has to have a big elaborate set-up and sometimes just me at home with the camera is all we need for memories – especially when I get to be IN these memories.

And how poetic that this post goes up on the day before my family has REAL family pictures with a great friend, mentor and local photographer Brian Mullins of Brian Mullins Photography.  Yes, I struggled to get a picture of the family when Sam was 7 months old.  It was hot (June), it was challenging (Sam looks much better at someone – not just a camera on a tripod) and dang it – I can’t edit out the camera trigger in my hand to where it looks natural!

But stay turned for that great session as we celebrated with family pictures as well as our own Uncle Sam made an appearance! 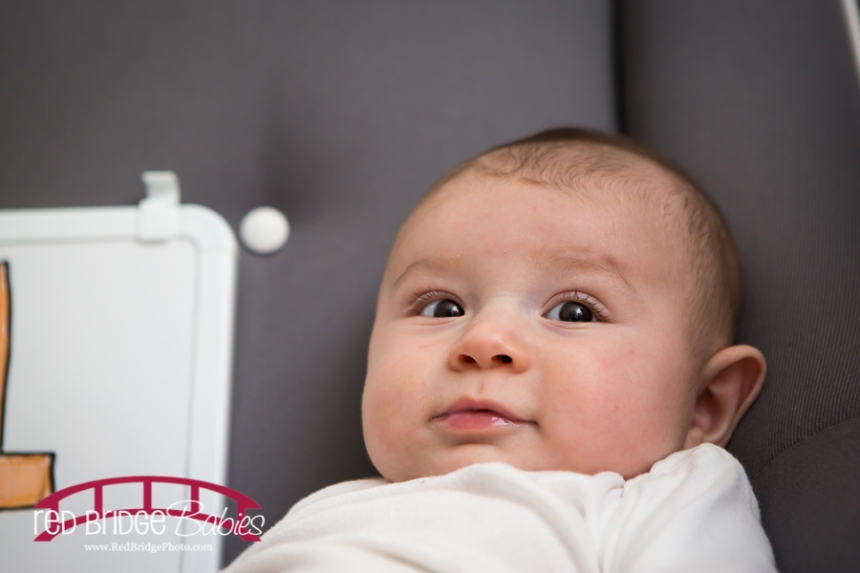