Terri and I go back awhile now and we have talked for over a year about doing a shoot together.  She takes pictures annually with her niece Jenna to capture their bond and love over the years as each of them grow and change.  This year – she wanted me!  I was so excited!

We met on a late Sunday evening at a great local arboretum in Raleigh that I have frequented a lot as of recent.  We walked around and hit the hot spots of some of my favorite places.  We were toward the end of the session when we were walking in an area I would equate to set up similarly as a desert; there are cacti and large boulders and stones scattered about with lots of pea and sand gravel on the paths.  It reminded me of Arizona.  Obviously an area that has been made to look like the habitat of the plants that were inhabiting the area – the cacti and the random desert flowers fit right in. What didn’t fit right in was where the story gets good.

When I am on a shoot, I am looking up and around and could probably mistaken for someone who is lost or very distracted in the space I am in.  Really I am looking for the light and the plants and things that we can sit on.  I am looking for the next location to set up the next shot.  So I rarely am looking down at the ground to see where I am walking.  In her early teen years, Jenna was walking beside me and asking about photography and why did I like it and what were my favorite types of sessions and what do I look for – you know; typical inquisitive kid stuff and as we were walking she paused and me being the distracted walker that I was – I was looking for the light and the next photo spot.

I do remember the part when I heard her say “SNAKE” but in reflection what happened was when she paused she said “isn’t that a ……..SNAKE!!!!!!!!!!!” and in that moment my right foot stepped on a …… rattlesnake.  In Raulston Arboretum?!?  Really?!?!?   But yes. He rared back and his head was up away from the ground and his tail went to rattling.  Jenna and I went one way and Terry went the other and we met back around the cacti and desert rocks and back at the learning and information center.

So – that is my rattlesnake story and thank goodness it didn’t bite me because a few weeks before I had been at a BBQ at a friends house when I did get bit by a brown snake.  Non-poisoness of course, my foot was bruised on half of it and it hurt and tingled for months.  It took some elevating and ice to get better but it did and it was just a bite with inflammation – no poison injected.  This rattlesnake would have been another story.

Also, the moral of this story is what if this had ended differently?  What if I or worse so Jenna had gotten bitten and what if I didn’t know her Aunt Terry like I do and she wanted my company to pay for all the hospital bills associated with treating this bite?  Well, we are a REAL photography company.  We carry insurance for cases like this.  Even though the contract says that the parent realizes that locations can pose a danger, yes we are a real company that carries insurance for cases like this if it had turned south.

Rest assured – we would have taken care of her but thank god we didn’t have to.

All that being said – the last series of pictures was post rattlesnake experience and also happened to be some of my favorites!

Enjoy some of my favorites from this great Raleigh family portrait session and I hope to see you again in the fall of 2014 – sans rattlesnake! 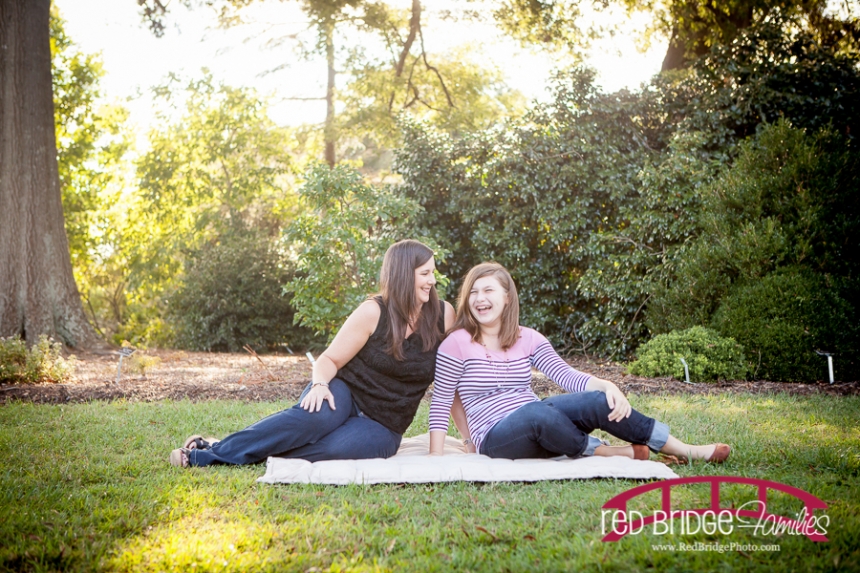