I was so excited to get this little and her parents in my studio!  Gwen came into the studio on her 16th day since she was born so she was a little more awake than normal sleepy babies but we still got some GREAT images of her and especially of her with her awesome parents!

I know Nathan and Ashley from working many a wedding with them as they are the talent and awesome behind Oak City Films which is an amazing videography company based in Raleigh.  I also was there when Ashley had the first inkling that she was pregnant.  We were working a wedding and it was a long day so we actually ended up having a bit of a break in the middle of everything where we went to lunch and she let it fly then that maybe, they weren’t sure but maybe they were pregnant!

Well, shortly after that wedding it was confirmed and well – the rest is history!  Gwen arrived in a bit of a dramatic fashion and not according to their birth plan but she is here, they are all safe a healthy and all is good! 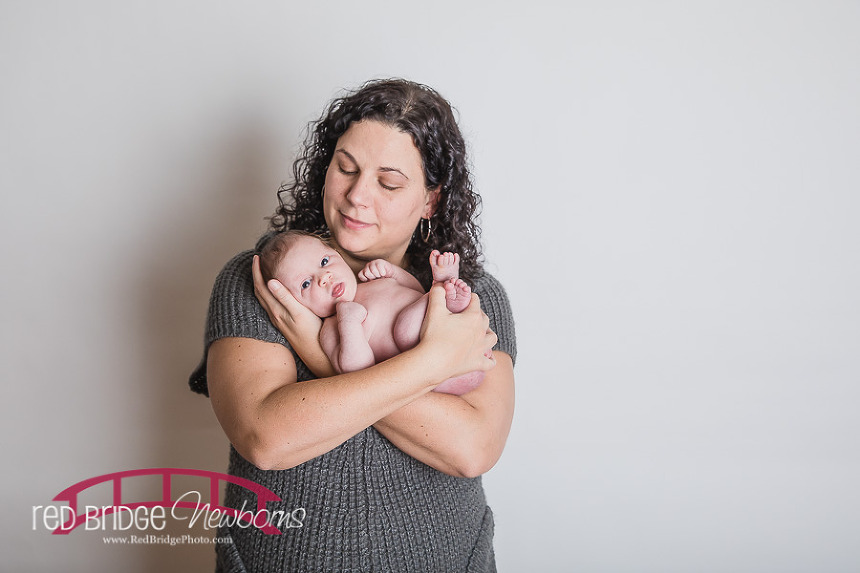